Unsure about creating a sequel to Steamboat Chronicles. 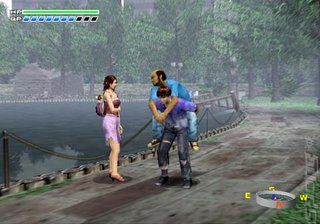 Disaster Report creator Kazuma Kujo has revealed details of his first project since leaving R-Type developer Irem. It will be a downloadable title for the PlayStation 3 and Vita. A PSP version is not planned.

The tease was posted on the Japanese developer's Twitter page, in response to fans asking whether the game will hit PS3 or PSP. Kujo added that it will be an original title, as are all projects currently in development at his newly formed Granzella studio.

Kujo also noted that he is aware people are eager to see a sequel to Steamboat Chronicles, but is unsure whether Granzella will be able to make one.