Nintendo 3DS Passes 4 Million Sold in the US 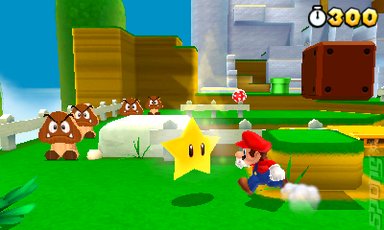 It may have had a bit of a rocky start, but Nintendo's certainly pleased as punch with the performance of its 3DS handheld, as the device has just passed the 4 million sales mark in the US.

In total, the company announced that it sold more than 12 million hardware units in the US, with 4.5 million of those belonging to the Wii and 3.4 million Nintendo DS consoles. What's more, Super Mario 3D Land and Mario Kart 7 became the fastest selling titles in the history of their respective franchises, being the first to clock over 1 million sales each.

The total number of 3DS sales is reportedly more than the sales of the original DS and even the Wii in its first nine months on sale.