The Man Who Annoys Bungie with Halo Maps Speaks Sense! 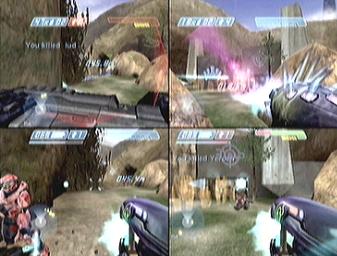 Here's a new year story to make you sit up and take notice: a video game company that doesn't want to be bought out for cash even if it occasionally annoys its own clients.

Certain Affinity is an independent developer based in Texax (it developed Age of Booty for Capcom.) It also makes maps for the Halo, Left4Dead and Call of Duty franchises.

President Max Hoberman runs his company in a tightly monitored way, which is why he?s never had to downsize. And that?s despite annoying some major clients:

?And some of the maps we've done for ?Halo,' when you go in any of the community sites and everyone's talking about how amazing it is that our maps look so good, compared to Bungie's maps ? which the Bungie guys hate."

Key to his strategy, which has included actually turning work down on games that he thought were going to turn out badly, he?s has a very strange (in this modern land of maximising your franchise) ideas about what he wants from his company:

"And no one's ever made me an offer that was too good to refuse, is not our goal; it's not an endgame for us. My goal has always been to establish a stable, profitable, quality company. Everyone loves coming in to work every day and everyone gets paid well and we're profitable. We like each other; that's important."