Japan only for the time being. 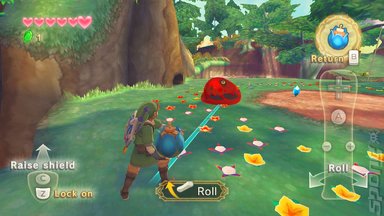 Nintendo has come to the aid of suffering Legend of Zelda: Skyward Sword players in Japan and released a fix for a game-breaking bug that stops users from progressing past a certain point in the story.

While it was previously thought that a patch would be difficult for Nintendo to provide over an internet connection, it seems that it has found a way - via something called the Zelda Data Restoration Channel. Users can download this program onto their Wii and load it up to cure their Skyward Sword save game from any curse that may have befallen it.

There's no word on this coming to Europe, but we imagine it shouldn't be far off. In the meantime, Nintendo has offered some advice to avoid the bug (via Zelda Informer).