An Xmas without FIFA or Call of Duty at Number 1 - WTF? 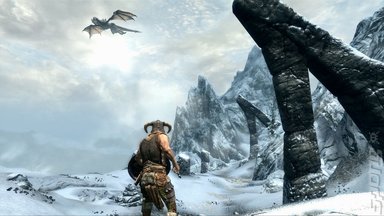 The Chart-Track Xmas (aka the 'The Holidays') charts are in and have changed things forever. No, there is no Need for Speed; no Call of Duty; no FIFA at the top spot. There, there by dragons and Bethesda's Skyrim!

That's right. Last week's discounting of the game has utterly and totally changed Xmas forever. Next year we're hoping for something that isn't a sequel to hit the top spot... but we're already drunk on festive booze.

However, before this new Xmas gaming landscape goes to our heads as well as the booze, bear in mind that Skyrim beat Just Dance 3 by a mere 15,000 boxes.