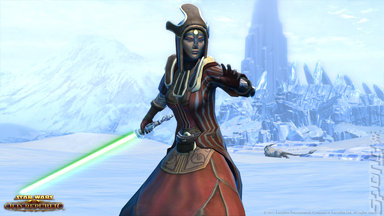 With Activision's stock down 5.5 percent year-on-year compared to EA's being up 27.2%, and BF3 providing some competition for the Modern Warfare franchise, Acti' CEO Robert Kotick is having to act the sniper in front of the business commmunity.

"Lucas is going to be the principal beneficiary of the success of Star Wars.

"We've been in business with Lucas for a long time and the economics will always accrue to the benefit of Lucas, so I don't really understand how the economics work for Electronic Arts."

He did, however, make sure to pull out the old, "We might not have enough stock for Xmas" line once beloved of Nintendo and the Wii with:

"Skylanders are in high demand. Retailers across the board are concerned that they will be out of inventory well before Christmas.

"There's nothing we can do because they are made offshore and we can't get product made that quickly."