The UK's best member of Parliament plays by the rules... hilariously 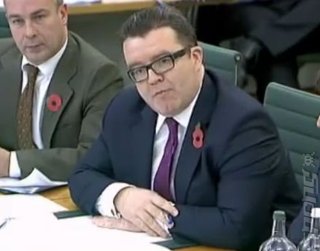 Let's face it, MP Tom Watson has bigger fish to fry than anti-gaming MP Keith Vaz, what with his taking on James Murdoch. However, the fact that Mr Watson managed to utterly take out an Early Day Motion by Mr Vaz has raised smiles in this newsroom.

"That this House is deeply concerned about the recently released video game Call of Duty: Modern Warfare 3, in which players engage in gratuitous acts of violence against members of the public; notes in particular the harrowing scenes in which a London Underground train is bombed by terrorists, bearing a remarkable resemblance to the tragic events of 7 July 2005; further notes that there is increasing evidence of a link between perpetrators of violent crime and violent video games users; and calls on the British Board of Film Classification to take further precautions when allowing a game to be sold."

Playing by the rules of the Parliamentary game, Mr Watson suggested an amendment to it:

"leave out from `House' to end and add `notes that the British Board of Film Classification (BBFC) gave the video game Call of Duty: Modern Warfare 3 an 18 classification, noting that `the game neither draws upon nor resembles real terrorist attacks on the underground'; further believes that the game has an excellent user interface and challenges the gamers' dexterity as well as collaborative skills in an outline setting; and encourages the BBFC to uphold the opinion of the public that whilst the content of video games may be unsettling or upsetting to some, adults should be free to choose their own entertainment in the absence of legal issues or material which raises a risk or harm.'"

Win for Watson and common sense we reckon. But not so in the actual supportive votes for Mr Vaz's EDM. Nine people supported it:

With only Mr Watson against...

And for extra LOLs.