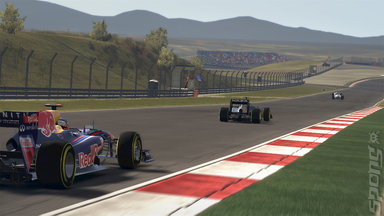 Codemasters has confirmed the E3 news that its F1 2011 title will be a PSP Vita launch title on February 22nd 2012. There's also a new video on show.

The new video shows the tracks at Monaco, Melbourne and Silverstone as "authentically recreated for portable play."

The game for Vita itself "will feature all the official teams, drivers and circuits from the 2011 F1 season, including practice and qualifying sessions in full GP mode or Time Trial mode. "An additional and extensive Challenge mode is perfect for portable play, with gamers completing a wide range of objectives including checkpoint, gate and overtaking challenges" there is also "a range of multiplayer modes... online and via the PlayStation Vita?s WLAN connection."

The Vita version has been co-developed with Sumo Digital and Codemasters Birmingham.

As usual these days, there is no price.