GT6 to include something that can't be added via DLC 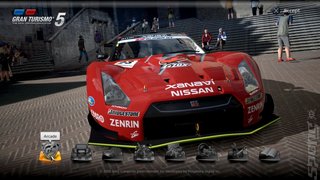 Gran Turismo 5 is nearly a year old now, and DLC is still coming firm and fast. But Kazunori Yamauchi, creator of Gran Turismo and President of Polyphony Digital Inc, confirmed that the sixth title is already underway.

"Of course we're working on GT6 already," But to set aside any fears that it may be just glorified DLC, Yamauchi continues, " I think what really will be the separating factor is something that we can't update through a DLC is something that obviously has to be saved for GT6. Things that we can provide through DLC we will, so that's really the market difference."

More solid details have yet to be confirmed, however Gran Turismo 5 had new DLC only last month with the strong possibility of continued bi-monthly DLC releases, so it seems that Polyphony haven't got any plans to walk away from the fifth installment any time soon.