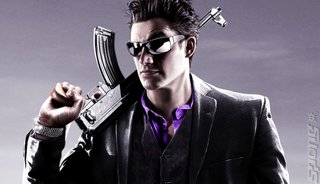 Saints Row, already at home with acts of random violence, has moved into the house of the insane in the upcoming third instalment. But the fourth iteration is already in planning and already - apparently - more insane.

According to the THQ's Executive Vice President, Core Games, Danny Bilson, the franchise is only set to become crazier in Saints Row 4. In an interview for G4, Bilson outlined the thought process Volition is taking with the series.

"Like any game, if you have a great creative core to it you just keep exploiting that core." He says in an interview with G4. "For instance, I know what Saints Row 4 is about, and it's wilder than this one."