It's all a bit Inception, apparently. 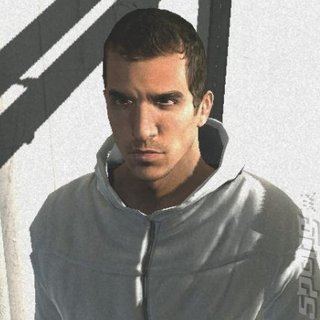 Assassin's Creed Revelations will feature first-person platforming missions in what Ubisoft is calling a "very cool" departure for the action series.

In a recent interview with the game's mission design director Falco Poiker, SPOnG learned that players will play these unique stages as modern-day protagonist Desmond Miles, who is trapped in the Animus after slipping into a coma.

To overcome Desmond's troubles, you have to unlock rooms that contain tasks that "take the form of strange platforming missions. You’ll have to play it to understand, because it’s very hard for me to describe it, but it’s kind of like a Dali-esque first-person platformer," Poiker revealed.

"It’s definitely a departure, and very cool I think. You get a lot of information about Desmond and his backstory by completing these. Where he came from, what his life is like... the artwork and surroundings are very surreal and symbolic of his life."

The developer added that the closest inspiration to this strange turn of events could be the movie Inception. "He’s trapped in his own mind. Our best comparison is Inception - Desmond is in a dreamland, but is able to access Ezio’s memories. Ezio in turn then goes and accesses Altaďr’s memories."

Poiker also gives a nod and a wink to Subject 16, the mysterious Animus hacker that has appeared in Assassin's Creed II and Brotherhood in the past via cryptic messages. "There’s a character you’ll meet in the Animus that you’ll be able to talk to... there’s been hints about this character before. I don’t know if you’ll be able to determine who that character might be from that but... [laughs]" Say no more Falco.
Companies: Ubisoft
Games: Assassin's Creed: Revelations

Cheater NYC-TERROR-WALI 20 Dec 2011 16:17
5/6
NYC-TERROR-WALI is a known cheater on Red Dead Redemption for the Playstation 3. This uneducated bitch uses a modded PS3 console with an aimbot, a modified controller, wall hacks, and the invincibility glitch. Several people have also said that he uses glitches to freeze your PS3 console causing you to have to restart it. If you see this ignorant bitch in a game just vote to kick his cheating ass out.

Red Dead Redemption paxsato 20 Dec 2011 16:18
6/6
paxsato is a known cheater on Red Dead Redemption for the Playstation 3. This uneducated bitch uses a modded PS3 console with an aimbot, a modified controller, wall hacks, and the invincibility glitch. If you see this ignorant bitch in a game just vote to kick his cheating ass out. For those of you on Call Of Duty Black Ops we have also recieved several complaints about paxsato cheating on that game as well.
Posting of new comments is now locked for this page.