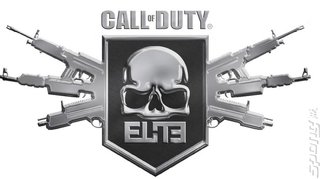 Call of Duty: Modern Warfare 3 was released last night. You might have noticed. You, and about hundreds of thousands of other people. So don't be surprised to find that Activision's subscription-based player-tracking service, Call of Duty Elite, is having some teething problems.

The service officially opened its virtual doors at the same time as Modern Warfare 3's launch, and according to the Call of Duty Twitter feed, there are some technical issues relating to the sheer volume of war-hungry gamers trying to sign up at the same time.

"We are aware of the issue," reads a statement on Twitter. Don't panic! "Surge of new Elite registrations is creating reg & login issues. Teams are working now to increase capacity." The official Elite page is also advising patience to eager players, noting that no passwords need to be changed.

It seems that only the logging in part of the service is knackered, with gameplay data, heatmaps and activity all being tracked as gamers play. The stats will be ready and waiting for users to see once they actually manage to log in.
Companies: Activision
Games: Call of Duty: Modern Warfare 3