Prepare for Sonic tears everybody 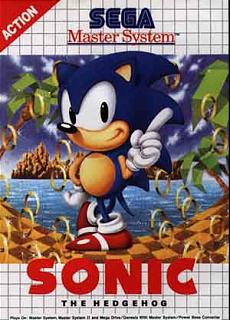 Prepare yourself for some sad Sonic news (well, if you're a nostalgists) we've been given some "brutally honest" news about the classic young hedgehog.

Svend spoke to David Corless, Brand Manager SEGA Europe for Sonic the Hedgehog. "Sonic Generations sees a classic and modern form of the blue blur running around loops in the same game. If the gameplay is received positively, do you think there?s an opportunity to bring Classic Sonic back into future titles?" he asked.

David went for the throat, "Do you know what? There are no plans, to be brutally honest, to bring Classic Sonic back. The reason for bringing him back for this game was because this is a celebration of 20 years of Sonic. It was a real fitting time to do it. He?s really well loved. Let?s see how Generations does. You can never say never in this industry, but at the moment there are no plans."

We've not been able to get Svend to speak much since then.

Spinface 25 Oct 2011 15:49
6/10
What mrAnthony said! I'm kind of struggling to see the point of 'classic' and 'modern' Sonic here. Was there a definitive break at some point? Or did he just get a bit skinnier and a bit more talkative? Was the Sonic in Sonic 4 'classic' or 'modern'? Someone throw me a bone here, please.

lovecougara 26 Oct 2011 14:23
9/10
I love younger men. I have dated only men at least 5 years younger and as much as 10 years younger than me for many years. I love the energy and a nice tight bod. Older men just aren't the same, different mentality. I seem to have more in common with younger guys. They're actually more fun and are usually more interested in me. I'm flattered. I think younger men like cougars because they have no agenda, don't usually want to get married and are usually very independent and don't need a man to take care of them. I meet younger men on the site named Co ugar a.（0 M ：）

Motts 27 Oct 2011 17:56
10/10
and here i thought your younger men comment was explaining why you love classic sonic. lawl.
Posting of new comments is now locked for this page.