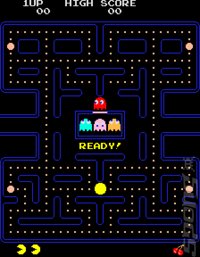 It's not all doom and gloom in the Australian games industry - Melbourne is about to kick off a celebration of the medium, with the Australian Centre for the Moving Image (ACMI) hosting the Game Masters exhibition covering the arcade era to the mobile phone revolution.

The exhibit itself will be split into two parts - the first is called Arcade Heroes and will focus on the classics that kicked off the video gaming phenomenon in the late 1970s and early 1980s. The second part will be titled Game Masters and features titles from the 1990s onwards - including a profiling of Sonic Team and the Sonic the Hedgehog series. Peter Molyneux and contemporary Australian game designer Robert Murray (Flight Control, Spy Mouse) will also be highlighted.

Premier of Victoria, Ted Baillieu, said that the exhibit was a testament to the game industry's importance in art and entertainment. "I don't think there is a bedroom in Victoria that doesn't have some sort of strange relationship with a video game of some sort," he said.

Careful, the mainstream media might just latch onto that one the next time it wants to profile the industry as a cause for murders and sexual predation.
Games: Guitar Hero Pac-Man Sonic The Hedgehog Space Invaders