RAGE Will 'Change the Perception of id Software'

Will tap into 75 million console-only gamers. 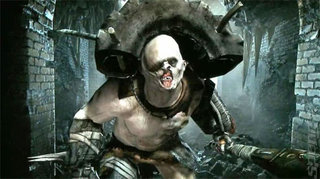 id Software is hoping that its upcoming story-heavy shooter, RAGE, will destroy a lot of "pre-conceived notions" about the company and broaden its fanbase by some 75 million console gamers.

Creative Director Tim Willits told SPOnG that id's back catalogue of genre-defining PC titles, coupled with the fact that it has never attempted a story-based game before, has compounded the pressure to deliver on its promises. But he adds that the studio can pull it off - and win over a huge new following in the process.

"There?s always pressure - especially when you?re id. There?s lots of expectations and preconceived notions about us," Willits said. "I believe when RAGE ships though, that it will change the perception of the company. I think that our hardcore fans will get it and love it, and we will actually get some new fans.

He added that id's cross-platform technology will allow it to tap into a sea of console-only gamers for the very first time. "We're really excited about getting some fans on the PS3... I mean, if you've had a PS2 and a PS1, and always stayed on the home console side of things, you may have never played an id Software game before.

"So right there that's about 75 million people out there that we want to try and recruit. That's what the cross-platform strategy will do for us. We're trying a lot of new things and it seems to be working really well - people who have played it really seem to love it."