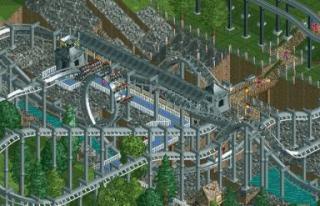 All Images (3) »
Infogrames? RollerCoaster Tycoon series has now enjoyed over 100 consecutive weeks on the charts.

Since its original release in Spring 1999, the theme park simulator has accumulated sales of over 2.5 million in one of the longest-lasting chart successes in history.

?We?ve been thrilled with the sustained success of RollerCoaster Tycoon,? said John Hurlbut, Senior Vice President and General Manager of Infogrames? Beverly Studio. ?It?s mass entertainment in its purest form: a game people of all ages can play, on a platform they all know and have. It?s no wonder RollerCoaster Tycoon is one of the best-selling sim games of all time.?

Two expansion packs and an online community where players can trade and download information have been responsible for the series? success.

As RollerCoaster technology advances, players can expect further additions and variations to maintain RollerCoaster Tycoon?s presence in the charts,