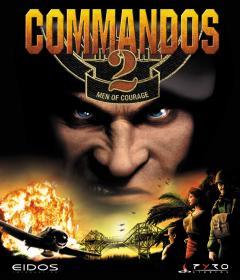 UK-based Tomb Raider publisher Eidos Interactive has found itself in hot water over a marketing ploy that went a little bit wrong.

The Advertising Standards Authority has upheld a complaint against the company, relating to a mass SMS message it sent out to promote its wartime strategy game, Commandos 2.

The message said, ?Please report to your local army recruitment centre immediately for your second tour of duty. Commandos 2 on PC, it's more real than real life - out today from Eidos.? Apparently ex-servicemen that received this message were not impressed, and have claimed that it caused them fear and anguish. Which is a bit worrying. People that have, in the past, been employed to protect out country should not be scared of a text message. We aren?t hard at all, yet we manage to send and receive texts all day, without getting the fear once.

The ASA simply said, "The Authority considered that, at first glance, the text message could distress recipients".

The matter has not yet been resolved.
Companies: Eidos
Games: Commandos 2: Men of Courage