Catherine Delayed Until Early Next Year; A Nation Weeps

What did we do to annoy you, Deep Silver? 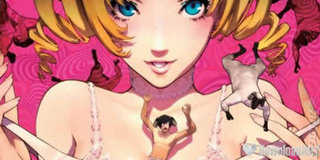 Looks like we'll have to wait a bit longer to experience her charms
In sad news for fans of adultery and puzzle solving, the UK release of Atlus' Catherine has been delayed until the start of 2012. Already available on PS3 and 360 in Japan and the US, no reason has been given for the European delay. Deep Silver, the game's UK publisher, still insist that will be released; it just don't have a confirmed date.

The game follows Vincent, a very naughty man who cheats on his girlfriend Katherine with the saucy Catherine of the title. As his guilt grows, the player guides him through nightmares filled puzzles and platforming while making moral decisions that lead to one of many endings. Along with the single player story mode, there's also co-op and versus play.

Yes, it sounds weird, but Catherine has already gained a lot of fans worldwide. Have a look below and see if you can wait until next year to check it out.