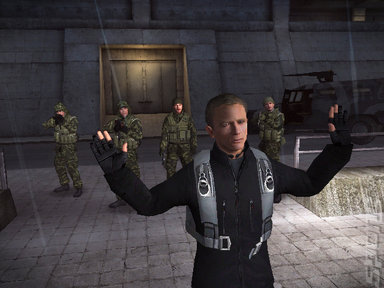 From the Wii version.
There's even more reason to trek to Birmingham this month to GAMEfest, as Activision has announced that the consumer show will be the first time gamers will get to play Modern Warfare 3 and GoldenEye 007: Reloaded in the UK.

GoldenEye 007: Reloaded in particular is a title many are keen on seeing for the first time - it's an HD update of the Eurocom shooter that graced the Wii last year, with the addition of new modes, maps, weapons and characters. We're looking forward to seeing if it'll have DK Mode.

Other Activision titles on show include Skylanders: Spyro's Adventure, Spider-Man: Edge of Time, X-Men Destiny and a hands-off theatre presentation of Prototype 2. GAMEfest is taking place at the Birmingham NEC between the 16th - 18th September.
Companies: Activision
Games: Call of Duty: Modern Warfare 3