Persona 5 is also in existence. 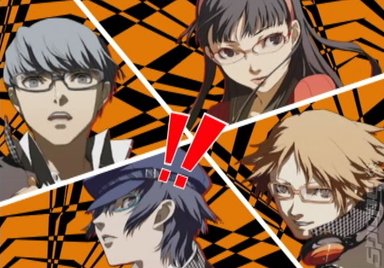 Atlus has been busy - the Japanese studio/publisher outfit has announced a PlayStation Vita version of Persona 4 and teased Persona 5. And here's something nobody was expecting - a Persona fighting game is also in the works.

Persona 4 The Golden will act like an 'extended cut' of the original PlayStation 2 role-playing classic, which was released during the console's final breath in the West. A new character will feature, named Mary, and you'll be able to call on nearby friends using wireless functionality to aid you when you're about to die in a dungeon. It'll hit in Spring 2012.

The big surprise was the announcement of Persona 4: The Ultimate in Mayonaka Arena. Arc System Works, the developer behind BlazBlue, is behind the project, but the Persona team is reportedly 'intimately' involved with the game's production. It will hit arcades in Spring 2012, with PS3 and Xbox 360 versions confirmed for the Summer in Japan.

Famitsu also has very basic details on Persona 5 - insofar that it exists, really. And thus, the sun sets.

Tip of the hat to Andriasang.
Companies: Atlus
Games: Persona 4