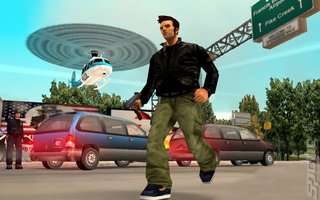 Rockstar has just released the open-world classic Grand Theft Auto III onto Apple's Mac App Store, and has announced plans to launch Vice City and San Andreas on the service within the next couple of weeks.

GTA III was originally released in 2001 and kicked off the trend for action sandbox games. Its appearance on the Mac App Store highlights a growing desire for big-name publishers to publish its past content onto Apple computers.