A peek at Rockstar PS3 exclusive. 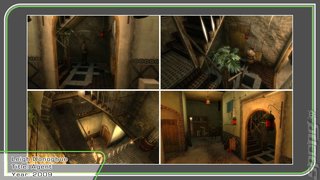 All Images (2) »
An environmental artist who worked on Grand Theft Auto IV has posted the first images of Rockstar's mysterious PS3 exclusive, Agent.

Leigh Donoghue included the renders, from 2009, in his online CV, revealing that he has worked on a large number of Rockstar titles. According to Gamersmint, he also mentions work on Grand Theft Auto V, but the website currently shows no information on such a project.

Take these images with a grain of salt - although it is the first time anyone has seen anything to do with Agent, do consider that they are at least two years old at this point. Anything could have happened to the project since then, and if we're getting any kind of reveal soon it may look completely different. Still, nice to look at, isn't it?
Companies: Rockstar
Games: Agent