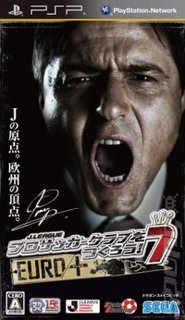 In fact, there?s nothing to suggest that things are slowing down in Japan at all, with several new titles debuting in the Top 10. Nintendo?s new Kirby game enters at #2 with nearly 75,000 units sold, and Namco Bandai prove that they still have the power to dominate the chart with three games hitting the Top 10 in their first week.

Curiously, the chart consists entirely of PSP, Nintendo DS and Wii titles this week. After about seven months of shelf life in the West, Junction Point?s Disney: Epic Mickey finally sees a release in Japan courtesy of Nintendo. It performs well at #6, earning itself over 27,000 sales. A special edition of Assassin?s Creed Brotherhood was also released this week - it enters at #24.
Companies: Atlus Namco Bandai Nintendo SEGA
Games: Disney: Epic Mickey