Tying Ninja Gaiden 3 to current events is no good. 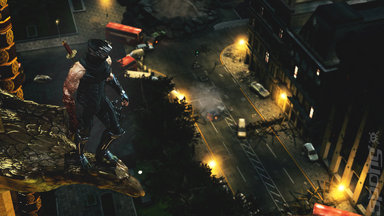 Guess Tecmo Koei doesn't need Dead or Alive creator Tomonobu Itagaki to stay controversial. The publisher suggested on Twitter this week that those taking cover from the London riots should wait for a similarly themed level in Ninja Gaiden 3.

The rather misguided and unfortunate tweet reads, "Please stay safe from the #LondonRiots until NINJA GAIDEN 3, there would be another one, but in the game. Please take care man!" The original tweet has been removed, but was reposted on Electronic Theatre. The company has since issued an apology to the website and on its Twitter feed.

"I don't think that tweet is meant for everyone as I have made the official tweet to ask everyone to be careful and stay safe from the riot," replied Tecmo Koei Europe's community manager Chin Sun Soon. "That tweet was a reply to our fan who wanted more information about Ninja Gaiden 3, which I replied, the game [features] a riot based in London with the violence in the game acceptable but not in real lives."

Not sure if that really cuts the mustard for those who found the tweet in poor taste, but Chin Sun Soon was clear on his intentions for the statement. "It wasn't meant to offend anyone, that's why I would like to clear things out because it wasn't, isn't and never is going to be the intention. Apologies for those who feel offended, the most important thing now is to pray for London and everyone to stay safe."

I guess the good news in all of this is that we have some new details about the anticipated hack-and-slasher - there will be a stage in Ninja Gaiden 3 set in London, where Ryu Hayabusa is stuck in the middle of a riot.

Just a shame that current events will no doubt set some kind of unwarranted controversy against the game in motion - and this unfortunate marketing incident likely will not have done Tecmo Koei any favours on that front.
Companies: Tecmo Koei Europe
Games: Ninja Gaiden 3