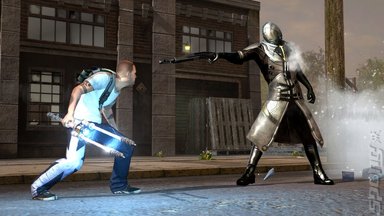 Guess Sucker Punch wasn't going to be let off the hook from PlayStation platforms for long - Sony has bought out the Sly Cooper and inFAMOUS developer to make it a part of Sony Computer Entertainment Worldwide Studios.

It brings the studio into the same fold of first-party developers as Media Molecule and Naughty Dog. Previously, Sucker Punch was an independent outfit, but had created titles almost exclusively for Sony systems due to its admitted soft spot for the manufacturer. In fact, it was only the studio's very first project - Sprocket - that was released on anything else, hitting the Nintendo 64 back in 1999.

SCE Worldwide Studios bossman Shuhei Yoshida was understandably pleased with the arrangement. "Sucker Punch Productions is one of the most highly acclaimed development studios in the industry and we have enjoyed a wonderful relationship with the company for over 12 years. We are delighted to officially welcome them to the SCE family.

"The addition of Sucker Punch to SCE WWS reiterates our dedication to developing world class gaming experiences that can only be found on the PlayStation platform," Yoshida goes on. "With one of the strongest exclusive software lineups in the PS3's history, combined with the diverse, innovate content in the works for PlayStation Vita, consumers have a lot to be excited about this year."
Companies: SCEI Sucker Punch
Games: inFAMOUS