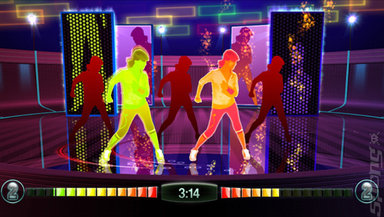 The rumba in Zumba shows no signs of stopping, as 505 Games' fitness title takes a seventh consecutive week at the top of the UK Video Game Chart. It's now the tenth time that it has enjoyed #1 position, putting movie tie-in upstart Cars 2 in its place at #2.

With few games appearing over the traditional summer drought, this week's lineup is all looking very familiar. Square Enix's Deus Ex: Human Revolution is likely to be the game to kick off the season of AAA big-hitting titles when it lands later in August, but for now the Top 10 is looking decidedly budget. According to Chart-Track, 90 per cent of Zumba's sales this week were for the Ł24.99 Wii version.