Saturn classic revered by fans around the world. 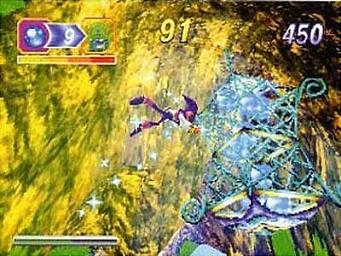 Today is a very special day for SEGA fans, as it's the 15th Anniversary of 32-bit mascot NiGHTS. The character was created by former Sonic Team leader Yuji Naka and was the protagonist of the majestic NiGHTS into Dreams... on the SEGA Saturn back in 1996.

Demonstrating Naka's formidable imagination and programming creativity at the time, NiGHTS into Dreams had you flying the titular dream jester throughout the lands of Nightopia and Nightmare to restore balance to the dream dimension. Collecting Ideya and performing sublime acrobatic moves was key to your success.

The NiGHTS franchise has forged a community of ultra-dedicated fans, such as Lynne Triplett and Niyazi Sonmez of NiGHTSintoDreams.com, who have campaigned to SEGA for years for more recognition of the character in future titles. The series is a relatively short one, consisting of the 1996 SEGA Saturn original, a festive update in Christmas NiGHTS, a sequel on the Wii and a port on the PlayStation 2 in 2008.

Naka has repeatedly said that the franchise is something very dear to him, explaining the few games that NiGHTS has appeared in. However, in a recent interview with Triplett and Sonmez, both he and current Sonic Team leader Takashi Iizuka hinted at plans for a future title, noting that "various concepts and elements that didn't make it into the final product" are "still being saved for another project."