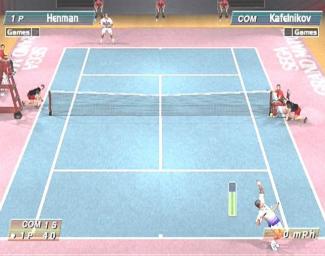 All Images (2) »
Sega Corp and Empire Interactive have announced that they will be jointly developing ports of some of the best-loved Dreamcast games for PC, to be published by Empire on a global basis.

Today it was revealed that both Crazy Taxi and Virtua Tennis will be released for PC. Although both games have reached gaming middle age and have sequels on other platforms already, this is still great news for PC-owning Dreamcast fans.

It?s said there are more Sega PC titles that are included in the agreement, but as yet these have not been revealed. You can expect Shenmue or Shenmue 2, a game from the Virtua Striker series, Sonic Adventure and several other top flight Sega games to feature on PC in the next year or so.