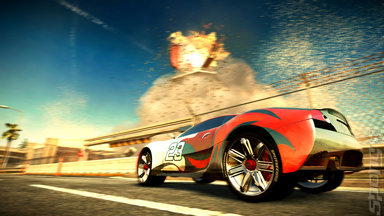 A sad day for the UK games industry today, as Split/Second and Pure developer Black Rock is to close its doors. Disney had downsized the studio back in May, keeping 40 jobs - those people will now also be made redundant from the total shutdown.

Eurogamer reports, via an anonymous source, that Disney was guilty of handling Black Rock poorly - outsourcing projects that the Brighton-based studio could have handled quite easily. A lack of advertising for Pure and Split/Second were also alleged as reasons for the publisher's lack of foresight.

Some silver lining to this cloud however - two new studios have formed from the ashes of the earlier cutbacks in May. Former Split/Second director Nick Baynes has founded Roundcube Entertainment, while a collective of past Black Rock developers have established ShortRound Games.

All our best to those affected by this most recent news - let's hope they find a new home in either of these new studios - or elsewhere - very soon.
Companies: Black Rock Studio Disney Interactive
Games: Pure Split/Second: Velocity