Or 'Fall' whatever... get detecting 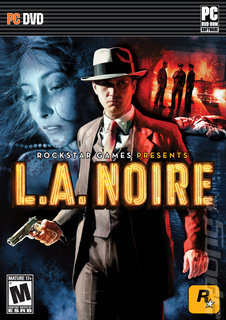 “L.A. Noire is a new type of game that makes players see through a detective’s eyes in 1940s Los Angeles. Its unique blend of story, action and crime solving will be perfect to play on PC.”

We didn't say that, it was only bloody Sam Houser, founder of Rockstar Games, said that.

As you can probably tell from the headline of this story, the game is coming to the PC in the Autumn of this very year.

Now for the really cool bit.

"The PC version of L.A. Noire was developed by Rockstar Leeds. It will run on a wide range of PCs and feature customization, including keyboard remapping and gamepad functionality to both optimize and customize the performance and user experience. Along with increased fidelity and improved graphical enhancements, the PC version will feature 3D support for an even greater sense of interaction and immersion within a painstakingly detailed 1940s Los Angeles."

Yes, Leeds! Get in there!