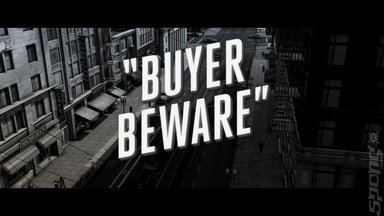 Australian game developers are up in arms regarding a lack of credits included at the end of the already enormous list of people who worked damned hard on Team Bondi and Rockstar's L.A. Noire.

A site called LANoirecredits.com has been set up to display what its makers say is the actual credits list for the game.

The difference between the list you will see if you finish the game and the list on the new website is that on the latter, "Credits (are) assigned in accordance with the IGDA (International Game Developers Association ) Game Crediting Guide Draft 8.5."

This draft guideline states that "any contractor or employee who has contibued to the production of a game for at least 30 days must be credited and credit is retained by people who leave the company or project prior to the game's completion."

According to The Sydney Morning Herald, however, the people responsible for the site, "refuse to individually be named in stories, however, worried that the small world that is the Australian games development industry may shun them."

The paper quotes one dev who, "worked at the developer Team Bondi in 2009 and 2010 but left before the game was finalised. He said he was not credited despite seeing elements he created appear in the final retail copy of the game.

"He has collated a list of about 130 developers who did not make the credits and has listed them on the L.A. Noire credits website."

Another dev, "who contributed to the gameplay of L.A. Noire for just over three years, said he left before the game was completed because, 'I felt as though my sanity depended on it'".
Companies: Rockstar Team Bondi
Games: L.A. Noire