Who said scaremongering is dead? 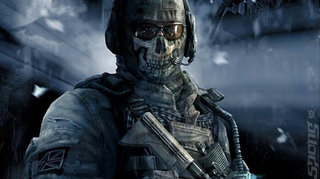 Here we go again. The Daily Mail indulges in yet more scaremongering today, as it links Activision's Modern Warfare 3 to the tragedy of London's 7/7 suicide bombings in 2005.

A story, published with no byline, attempts to incite "fury" over the teaser trailer for Infinity Ward's latest blockbuster shooter that was released yesterday.

In the trailer, scenes of destruction and chaos ensue in New York's Wall Street and on the London Underground train service. Of course, "Daily Mail Reporter" writes that "Supporters of those affected by the 7/7 suicide attacks in July 2005, which killed 52 people, called for Call Of Duty: Modern Warfare 3 to be banned," but provided no evidence or quotes to support the claim.

Comment was obtained from spokesperson for campaign group Mediawatch UK. Vivienne Pattison said, "I have concerns as these games are hyper-real and take place in a landscape we are familiar with. In light of the fact we have just had the 7/7 inquests, it is in incredibly poor taste."

Luckily, Activision commented on the situation to clear the air. "Call of Duty: Modern Warfare 3 is a fictional action game aimed at mature adults and set in World War Three. The scenes in the game are entirely fictional and are not intended to recreate any historical events," reads a statement.

The story has already provoked a negative reaction from its readership. "What an absolute load of rubbish - we get this kind of poor 'article' every single year, written by misinformed people who are clearly taking advantage of a popular game's hype to try and get noticed and make a name for themselves," writes one user.

"That isnt really about the London tube bombings though..." types another. Good to see that some people have their head screwed on. What are your thoughts, readers?
Companies: Activision
Games: Call of Duty: Modern Warfare 3

Nick 25 May 2011 14:32
1/6
What seriously? Lets ban anything that has a link to anything that has really happened? My gran was alive during the war and lost family members in the fighting and saw first hand the destruction and death caused by the german air raids so can we please ban films which show these raids going on thanks!?

Jim 25 May 2011 14:51
2/6
London bombings relation, of course not! Its just fictional in the game, its not trying to point out anything in the past, its trying to create a story people will love not hate, and wonder what would happen to the world if WW3 was to happen in modern times, i mean it has new york in there too, will that relate to 911, of course not, its about war not terrorism. People have to realise video games are stories to be enjoyed, i bet if it was in a film or a book the story wouldnt get this load terrorism publicity crap!
more comments below our sponsor's message

The publisher makes sure there's a controversial level in every Modern Warfare game (and other publishers do the same wherever they can) to provoke exactly this kind of coverage. By that, I mean not just the mainstream coverage that will bring their product further into the public eye, but also the secondary coverage from gaming news sites that only serves to promote the product to gamers.

It works every single time and has done since day one.

HookeyStreet 26 May 2011 08:01
5/6
Terrible paper, terrible reporting! MW3 is based on WW3 breaking out. Not suicide bombings! God I hate English tabloids!

There is not one explosion in the London part of the trailer, nice going Daily Mail. The tube doesn't blow up at any point either, and yes, 7/7 was a truly horrific day for everyone, but there are no bombs on buses or tubes in this, so why stir crap up?