White Knight Chronicles II Could Have Been an Expansion 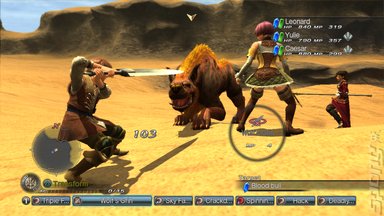 Speaking to the official PlayStation.Blog, the developer explained the studio's reasoning for including the first White Knight Chronicles in its entirety on the same Blu-ray disc as the upcoming sequel. Besides the fact that no bugger bought the game in the West, it has something to do with maintaining the connection with the online features, apparently.

"When we were creating White Knight Chronicles II, the first thing we thought about was what form the product would take. A sequel would usually be sold as a separate package that you could buy on its own and play without the original game if you wanted," Kusuda noted.

"However, in the case of a game like White Knight Chronicles, you also have the online gaming side which means it?s difficult to keep the sequel completely separate from the original. We considered a number of possibilities, like making an expansion that would require the original game. But that would limit our audience to people who had purchased the first game and wanted to play more.

The Right Night 24 May 2011 10:42
1/1
White Knight Chronicles is such a dull, inept game that it's hard to imagine anybody wanting to play the sequel. The online mechanics were sub-par compared to Phantasy Star Online on Dreamcast, let alone modern, Western online games. Level 5 need to scrap WKC and go back to making Layton games.
Posting of new comments is now locked for this page.