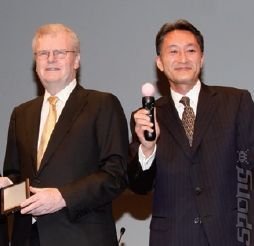 Sony CEO, Sir Howard Stringer, appears to be at the end of his tether when it comes to people criticising his company for late disclosure to customers of the theft of personal data during the PlayStation Network outage.

"This was an unprecedented situation. Most of these breaches go unreported by companies. Forty-three percent (of companies) notify victims within a month. We reported in a week. You're telling me my week wasn't fast enough?"

He didn't mention where the stat came from or whether the remaining 57% of companies reported within a day, a week or a year.

In terms of cost to Sony, the beleaguered CEO was also unforthcoming on exact detail, stating, ""There's a charge for the system being down ... a charge for identity theft insurance. The charges mount up, but they don't add up to a number we can quantify just yet."

On thing he was very sure of, however, was his support for his successor in waiting, Kaz Hirai. Stringer stated, "I think his leadership has been very helpful and very demonstrative and I'm endorsing him."

A vote of confidence then? The good kind or the kind that sends shivers of terrors up the spines of football managers the world over?

All he cares about is his golden handshake, I doubt he's even lifted a controller in his life (oh maybe Wii bowling)

DrkStr 18 May 2011 12:08
2/4
@Cfan Given that he's in charge of all of Sony, he doesn't have to be a gamer, does he? I doubt Bill Gates or Steve Balmer are gamers either!
more comments below our sponsor's message

config 18 May 2011 12:26
3/4
For "critic" read "customer". And yes, Howie, a week is too long. Look at LastPass' hack alert as an example of turning a potential disaster into good customer relations. Your sluggish response doesn't do you any favours, just as all this whining isn't. Say you're sorry, you're not perfect and that you f**ked up & ought to have alerted customers sooner.

Didn't Bill Gates play DooM at some point I recall?