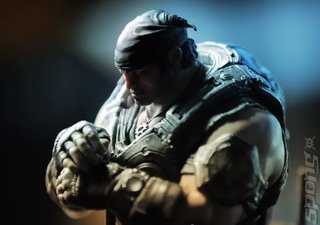 Epic is just about wrapping up its Gears of War 3 Beta, but there's still plenty to excite gamers during the run up to its September launch date. Microsoft has released some information on two special editions of the game that will be a must for any COG supporter.

Accompanied by a video fronted by Epic Games art director Chris Perna, we learn about the Gears of War 3 Limited Edition and Epic Edition. The former will be priced at Ł59.99 and will include an Octus Award box with COG-style service medal - a commemorative piece dedicated to Hammer of Dawn developer Dr. Adam Fenix.

You'll also get an unlockable Adam Fenix character, a fabric COG flag and a collection of schematics and documentation from Marcus' father himself.

The Epic Edition comes at a whopping Ł99.99, but man does it look worth it. On top of the Limited Edition collectibles, this monster package comes with a Marcus Fenix statue - and you can see how detailed it looks in the video below. It also comes with an art book and custom multiplayer skins for the game's five starting weapons.

Both special editions come with the game too, of course.

Now watch the video below, and understand.