Wii to Get Dragon Quest Compilation

First three games to be ported. 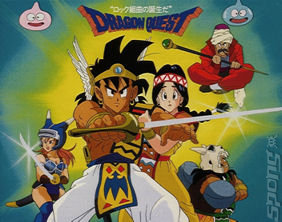 The games, originally released on Famicom and Super Famicom, will be ported in celebration of the Dragon Quest series' 25th Anniversary. The collection will also contain some Wii-exclusive material, according to the official press release.

At least, this announcement will make up for the radio silence on Dragon Quest X. Whatever happened to that?