At least he's saying something 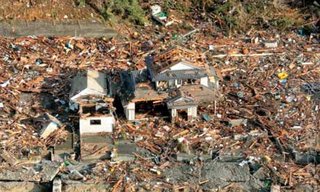 "Dear Friends" begins a letter from Sony CEO Sir Howard Stringer that seeks to explain and apologise fore the ongoing Playstation Network outage. 'Friends' rather than 'Customers' provides the clue to the syrupy tone of the note.

What follows is a standard roll-out of re-treaded info including the 'Welcome Back package' (a month of free PlayStation Plus); an apology for "inconvenience and concern caused by this attack."

He also points out that, "As a result of what we discovered we notified you of the breach. Our investigation is ongoing, and we are upgrading our security so that if attacks like this happen again, our defenses will be even stronger."

But then there is this:

"In the last few months, Sony has faced a terrible earthquake and tsunami in Japan. But now we are facing a very man-made event ? a criminal attack on us ? and on you ? and we are working with the FBI and other law enforcement agencies around the world to apprehend those responsible."

Whoever is advising 'Howard Stringer' as he signs off, should really take a close look at any impact the Tsunami actually had on the PSN and compare it to the impact it had on actual human beings.

E. Truman 6 May 2011 10:19
2/7
Awful headline. Disgusting bias.
I interpreted Stinger's press release differently from you. He was not trying to beg for sympathy, he was explaining how a Japanese company was already dealing with issues related to the Tsunami, eg affected staff, power supply problems, etc was now also having to deal with the major issues to do with the hack. The Tsunami may be yesterday's news in the West, but the after effects are still being felt in Japan.

Tim I'm disappointed in this story and the direction this once great website has gone. I used to be a daily visitor to Spong.com back in the days when it had a great Alexa ranking that was around the 24,000 mark. Now Spong has fallen outside of the top 100,000. This is not good.

I fully expect that you will delete this post because you don't like my message, but I hope that you at least assimilate it.

Don't just right catchy headlines for hits because ultimately you antagonise your readers. Now I understand this is a blog and not a pro website but you wouldn't catch the BBC writing this way. Why not discuss a controversial title first with one of your team before posting it? That way you might be able to eliminate any personal bias.

The truth is I stopped being a daily visitor over a year ago but I still have Spong in my RSS feed. But I will review that. Tim. Think about my words. You don't have to admit anything publicly on your website but I know that you know something about the focus of spong needs to change.

I wish you courage to make the change.

enteptain 6 May 2011 11:56
3/7
Sony of America right? California, diversion from their mistake is worthless cause most Sony's servers have little to do with Sony of Japan.

Also if you did read the site daily, like some of us do, you'd have seen that SPOnG has been much more understanding of Sony's recent troubles than most other sites out there. However, they do manage to be even handed and point out stupidity wherever it comes from.

Maybe that's why the Alexa rank is down? You get rank from appealing to fanboys, SPOnG doesn't do that. I know which I prefer.

Never once have i seen a post deleted on here even spam is edited and not deleted.

I too was once a regular visitor, and now only pop in from time to time. It was the commenters that drove me away; some right nutters out there. And I come back in good faith and I see... this? It's a terribly sensationalist headline. I read the letter as E. Truman did and think it's poor show to write an article with such an obivious and exaggerated bias. For shame, Spong.