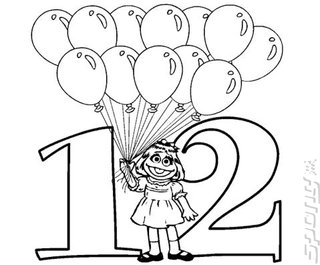 Sony presented evidence to the US Congress yesterday in the form of a letter that contained some detail of the PSN/SOE hacks including a timeline, but also some fascinating facts and figures regarding the 77 million user accounts on PSN.

First up, the network detail:

"The PSN is a complex network, consisting of approximately 130 servers, 50 software programs and 77 million registered accounts."

In response to the direct question, "How many PSN account holders provide credit card information to Sony Computer Entertainment?" Congress was informed:

The letter continued, "These numbers include active and expired credit cards."

The letter also provides a timeline of events:

April 20th (Early Afternoon) - "SNEANT discovered evidence that an unauthorised had occurred and that data of some kind had been transferred off the PSN servers without authorisation...", "SNEANT retained a recognised security and forensic consulting team to mirror servers to enable forensic analysis to begin..."

April 22nd (Afternoon) - the 'team' "completed mirroring of nine of the 10 servers that were suspected of being compromised."

April 22nd - "SCEA's general counsel provided the FBI with information about the intrusion... a meeting was set up for Wednesday April 27th 2011."

April 23rd (Evening) - "the forensic teams were able to confirm that intruders had used very sophisticated and aggressive techniques to obtain unauthorised access, hide their presence from the system administrators, and escalate privileges inside the servers."

April 25th - "the forensic teams were able to confirm the scope of the personal data that they believed had been taken but could not rule out whether credit card information had been accessed."

April 26th - "SCNEA and SCEA notified consumers that their personal information had been taken and that the companies could not rule out the possibility that credit card data had been stolen as well."

May 3rd - Sony releases information regarding theft of Credit Card information to the public via PSBlog.

We, like everybody else, are going over that letter with a fine-toothed comb.
Companies: Sony

hahhaha 5 May 2011 09:34
2/14
wheres ur evidence to back this story up come on get a life and stop making s**t up
more comments below our sponsor's message

ami ukf k 5 May 2011 10:33
4/14
really getting annoying now!!!! Seriously considering gettin an x box wud rather pay for the service than it keep goin down since christmas my network hasbeen off 7-10 times this is beyond a joke said it would be back 2day and it ISNT!!!!!

Luke 5 May 2011 10:36
5/14
Everyone , Best thing is to stay carm and don't lose your temper or rag. It will come back up it isn't going to be forever. I am sure the Cridetcard will be sorted.
MSN : LukeyWookie@hotmail.com

You are all idiots!!! 5 May 2011 17:13
11/14
You dumb bastards are more worried about playing some stupid ass video game rather than the possibility of your future getting ruined because your information was stolen? stop circle jerking with your little boyfriends and recognize the true problem in front of you...p.s. try getting laid you virgin idiots

RE You are all idiots!!! 5 May 2011 17:17
12/14
Um I don't agree with what you've said but you are absoloutely right that there are more pressing issues to consider. ID theft is one to take into consideration. Sony's credibility is shot and the lack of being informed is unacceptable.

Melissa 6 May 2011 03:14
14/14
Yeah, I got a call from my bank today. They froze my account because two unauthorized transactions where trying to come through from another country. So this is serious if you had your card number online.
Posting of new comments is now locked for this page.