Now it's into profit 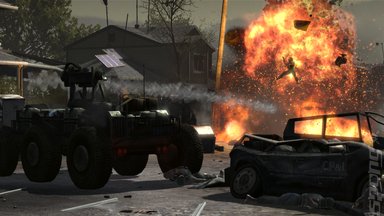 the critically "Meh'd" Homefront has sold 2.6 million copies and THQ is now making money out of its $30million investment.

According to The LA Times, "The sales pushed the title well past the company's break-even mark of 2 million copies, said Brian Farrell, chief executive of THQ, during a conference call with analysts to announce the company's fiscal fourth quarter financial results."

Apparently, "For each copy it sells beyond the 2 million mark, the game company sees an approximately 60% profit margin, which THQ chief financial officer Paul Pucino characterized as 'extremely, extremely high'."

Because figures for Homefront sales were not included in THQ's fourth quarter figures, however, the company still reported a 37.2% revenue decline to $124.2 million. That's down from $197.7 million in the period to March 31st 2010.
Companies: THQ
Games: Homefront