More freedom for designers to create. 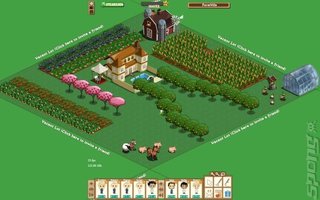 Social gaming outfit Zynga has waxed lyrical about the state of the industry, claiming that game designers are much more valued and needed in the creation of online casual games than they are in big budget console titles.

Speaking with Industry Gamers, Zynga's chief designer Brian Reynolds spoke of his career past and how it compares to this new gaming space. "One of the things I do is I recruit very senior game designers into Zynga and what I've found is a growing interest that people are realizing that there's actually more game design to be done. This is work at the cutting edge of a new space.

Reynolds added that the creation of this new audience that sees games appearing on Facebook and other social networking websites has allowed designers to fulfil their dreams. "I was talking this week with a very veteran and well known games designer and he was saying, 'Wow, I'm really jealous of you guys because you're achieving what's been my lifelong dream, which is to make a game that tens of millions of people can play'."

Does a focus on technology and engines hinder the work of a game designer? Let us know your thoughts in the comments below.