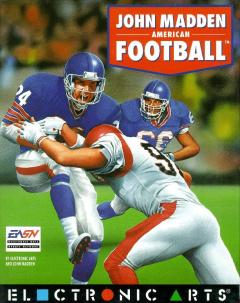 Electronic Arts, existing as it does in the World of Litigation that we like to call 'The United States', is looking down the barrel of a Billion Dollar law suit brought by the creator of the Madden series of football games.

The Hollywood Reporter states that, "Robin Antonick is demanding a jury trial in California, pressing claims in a lawsuit filed Wednesday that he has been cut out of the Madden franchise fortune."

The claim he has filed states that, "Only recently, as a result of publicity surrounding the 20th Anniversary of the Madden videogame did Antonick become aware that Electronic Arts did not independently develop subsequent versions of its Madden NFL software.

"Instead, according to recent statements by Electronic Arts founder Trip Hawkins, the current generation of software apparently derived from software developed by Antonick."