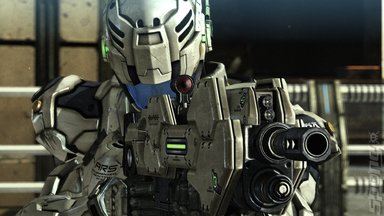 PlatinumGames, the developer of Bayonetta, Vanquish and Madworld, has published an open letter on its website lamenting the decline of originality in video games.

President and CEO Tatsuya Minami wrote that the Japanese industry in particular had "lost its vigour" and that as a result the studio would be taking a new direction. 'Platinum Next' is a plan of action that aims to create games to a mandate: "The Japanese Standard Bearer in Global Competition."

"I believe that games exist to offer fresh surprises to those who play them. As members of the games business, we have always pursued the creation of the new, and we take pride in doing our part to support our industry," Minami wrote.

"However, the current games business is struggling. The 'fresh surprises' I mention are becoming few and far between, especially in our home of Japan. Not so long ago, Japan lead the world?s games business, and it was not a stretch to call games a uniquely Japanese speciality... [now] original titles are on the decline. Games with new at their core are disappearing. Japanese games that garner worldwide acclaim are slipping away."