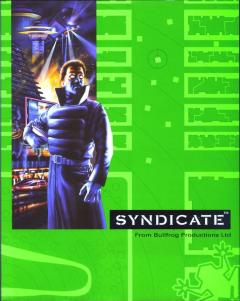 Rumours of a new Syndicate game have been doing the rounds for quite some time now, and recently Peter Molyneux threw his hat into the ring by stating that he'd be happy to spend some time with EA as a consultant for such a project.

The original Syndicate was produced by the BAFTA Fellow with Bullfrog Games way back in 1993. He told CVG that he'd be happy for EA to revive the franchise, but didn't want to get involved too much.

"Yes, of course. It's a great feeling to see something you've created still have life or meaning. But my first thought is: 'I wish I could just spend a day with them saying what I thought was really special about Syndicate, or another title for that matter,'" he revealed.

"They're smart people and I'm sure they'll work it out. But it's like a parent watching their kid grow up and do something with their life - you still want to be a little bit involved. There's been a Populous DS. That was okay, it didn't do brilliantly. Again, I wish I had ten minutes with them at the start."

Molyneux added that he's not in the business of remaking any of his old games, adding that he doesn't see Fable 2 and 3 as sequels in the grand sense of the word. "We change so much stuff - Fable 1 was a corridor-based game, so you can see the progression."
Companies: Electronic Arts
Games: Syndicate