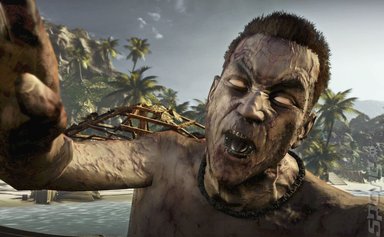 Deep Silver's brand manager Vincent Kummer has defended the publisher's controversial teaser trailer for Dead Island, telling SPOnG that it was a good representation of the final product - but added that the game will not be as emotional as the trailer suggested.

Asked whether he felt that the trailer - which was created by an external marketing company - was a good indication of content in the game, Kummer said "Yes. I do think that. For a two minute trailer you've got to focus on one thing that you have in the game. We could have either presented the action, the open world or the emotion. We decided to go for the emotion.

"We wanted to show that a zombie apocalypse is not going to hold up or slow down for a family in a hotel, or for one particular person. And that sort of realisation can touch everyone", seriously that's what he said.

He continued, "But, although we chose to present that particular part of the game, the entirety of Dead Island is not just about emotions. It's not going to be a Heavy Rain with zombies."

Instead, the emotional side of Dead Island will be presented by the player meeting and helping NPCs that have been affected by the zombie apocalypse in some way. Kummer added that the family in the CG trailer will appear in some capacity in the final game - whether as bit-part characters you meet or as playable entities remains to be seen.

But Deep Silver is surprised to see the explosive reaction to the game. Kummer recalled the day when the internet combusted with opinion columns and social networking hype. "Yeah, of course we were surprised. We were really happy with the feedback, and I think 90% of it was positive. With a trailer like that, you?re always going to have some people that say that it?s awful and they don?t like it. The response was really something that we were not expecting, but we?re really glad that it happened."