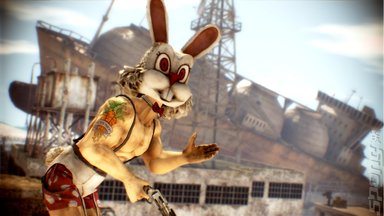 So, while Lara Croft still gets pumped out and Final Fantasy rolls on like a terrifyingly graceless behemoth but Square can't seem to get up the energy for a new game. Gun Loco is, apparently, crushed and canned.

The news, what there is of it, comes from Andriasang, which states that, "Square Enix announced today that it has cancelled Xbox 360 title Gun Loco. The announcement came through a message at the game's official site. A clear reason for the cancellation was not provided."