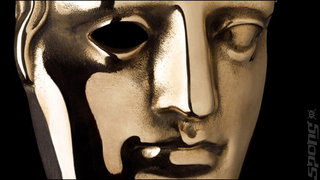 Assassin's Creed: Brotherhood managed to snag the first award of the night - Best Action Game - and producer Vincent Pont Briand said that "just being nominated is a win in itself. It's an amazing feeling, overwhelming actually. People can expect more surprises from us for sure!"

But even though there were heavy bets on Activision Blizzard's Call of Duty: Black Ops to take home the most awards - and indeed Treyarch's latest war shooter nabbed the public vote as the GAME Award of 2010 - it was the interactive storytelling of Heavy Rain that garnered the most attention from the voting panel, made up of elite industry figures.

"I'm incredibly proud that we got three awards," beamed Quantic Dream boss and Heavy Rain creator David Cage. "We came here with no specific expectations - I mean, we got seven nominations which was already something incredible, and coming back with three awards is something really amazing.

"I'm really proud of my team who worked so hard and showed so much dedication during the three years of development. I'm proud for Sony, who took a big bet on this game and showed faith and trust and support all the way through, which not all publishers would have done."

Arguable surprises throughout the night included the excellent iOS game Cut the Rope beating out all hardcore competition in the Handheld Game award and Sony Santa Monica's God of War III taking away the Artistic Achievement - impressive for a game released early on in a year packed with strong contenders.

And of course, the charismatic Peter Molyneux picking up his BAFTA Fellowship award was perhaps the highlight of the night. Presented by Sir Ben Kingsley and featuring a showcase of the creative's illustrious career, Molyneux told SPOnG that the experience was "deeply emotional."

Keep your eyes glued to SPOnG for a full report of the evening's festivities, including quotes from most of the big winners and from seasoned industry celebrities such as Jon Hare, Jon Smith, Richard Jacques and Peter Molyneux.