Ubisoft vs Gearbox vs Valve on Digital Delivery 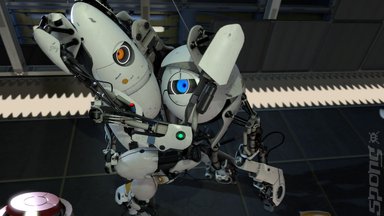 At PAX East 2011 I asked the following question to gaming industry insiders who I interviewed more widely. I did this to gain insight on a single issue of major concern: the impact digital distribution of video games has had on the industry:

As you'll see from the answers, opinion, while appears slightly split, with a company like Valve being all for digital delivery whereas Ubisoft appears to be hedging, one constant agreement is clear: Digital Will Win.

SPOnG Question: What's your take on the migration from physical media to digital distribution of video games?

Paul Wedgewood, CEO of Splash Damage: "I don't think there is a death-knell for retail. I can categorically state that this for the current generation of consoles. You still need retailers for selling the hardware and hence some form of physical media will remain. It certainly doesn't impact the way Splash Damage develops games and nor should it."

Tom Galt, Lead Designer at Digital Extremes: "I love it! It benefits gamers the most as it provides many more ways to experience games. You can get them in bite sized chunks, can get full featured AAA products, and it opens up the DLC model as well. If you like the game, you can keep buying content for that game. It's really been a boon to the industry, just because it's provided more ways for the creators and the players to interact.

"I don't think retail or physical media is going to go away any time soon, I know for myself I love getting the box! I love unwrapping it and cracking it open and you get that fresh smell; I love it."

Joshua Weier, Lead Designer at Valve: "For me personally, I just download everything these days. I'm sitting on my couch and I download something I want to watch it, my music I just want to play it. I think there's this other thing we can do where we have done cross play between the PC and the Mac, where you buy on the PC you got it on the Mac too. I feel that's the way it should be, right? Moving into the PS3, if you get that version [of Portal 2] you also get the PC version as well. I'm personally really excited about that."

"Ultimately it's all about choice. Some people want to go to the store, that's great. But a lot of people love to download stuff and that's kind of where we [at Valve] are at ."

Greg Kasavin, Creative Director at Super Giant Games: "The advent of digital distribution has been one of the best things to happen to games in a very long time. It's been a ground shaking move, it's affected some people negatively, but it's also enabled developers like us make a game like Bastion.

"The last time seven people could get together and make a game like Bastion was in the 1980's. So now you get these smaller teams that can actually take creative risks and do what they really want to do. The co-founders of Super Giant Games used to work for EA and Infinity Ward and at least speaking for myself, EA would have never let me make Bastion. I had to leave in order to make this kind of game with the content and story that were desirable [to me]. This has only been possible because of digital distribution."

Adam Sarashon, Producer at Ubisoft: "You get the ability to take chances when distributing via digital means. The problem with the retail space is that it's very crowed, and only the top AAA games have a chance of making back the money that you have spent. The budgets for digitally distributed games is no where near the likes of Gears of War 3 and Assassin's Creed. So the ability to take risks in this space has decreased over the past 5 years, I still want to be able to take those chances and hit a mass audience. So XBLA, PSN and Steam enables these games to hit a large enough audience."

Adam Fletcher, Head of PR at Gearbox: "Gearbox loves how people have the option of downloading games or buying them from store. We benefited most from digital distribution via Steam with Borderlands. There will however always be people who will want physical copy of their game, as people don't feel they really own it until they have the box in their hands."

Opinions in the Comments below please.

Tone 17 Mar 2011 04:41
1/1
I'm an avid steam user as well as 360 and ps3 user (more 360 though) digital download is great, especially when you have steam doing specials every so often. my one problem with the digital download is the higher price (on most occasions) that it is for the boxed version, you think being digital would cut out some of the manufacturing and distribution costs (ok maybe compensate with added security to prevent piracy) digital is definitly the way to go, but unless they lower the prices of digital copies, hard copies are going to remain with us. the real winner out of digital download is steam, and one of the main reasons they are so successful is because of thier weekly specials where they offer discounted prices, which i like (very much)
If DD gets cheaper, and the UK web structure improves then the retail distribution will be hard hit, until then retail is here to stay...
Posting of new comments is now locked for this page.