Ball tracking to be added? 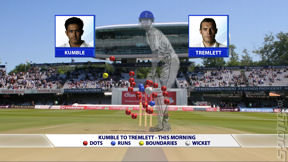 Could Sony be upping its motion game? It has paid some Ł20million to buy the UK company behind the Hawk-Eye technology used to track balls in a variety or sports including cricket and tennis.

Although there is little information to go on aside from the cost guestimate, The Sydney Morning Herald as any AP report that states:

Paul Hawkins, inventor of Hawk-Eye, said on Monday the takeover by Sony will create "immense opportunities for the sports industry."

So, could this be an indication for a new direction for PS3? Possibly.