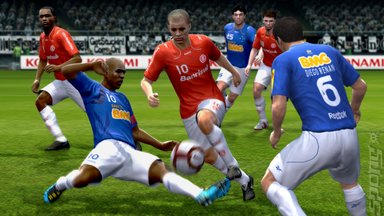 Konami has gone and updated the team lists for Pro Evo 2011 based on the January transfers window.

According to the company:

"Dear PES-Fans, now it's official: The new DLC for PES 2011 will be available to PS3, Xbox 360 and PC users from March 15th. It updates winter transfers and movements up to the end of the January transfer for 135 Club teams, while Spain?s new kit and the Swedish national team?s away kit have been added. Ten new boot styles from adidas, NIKE, PUMA and Umbro have also been added."