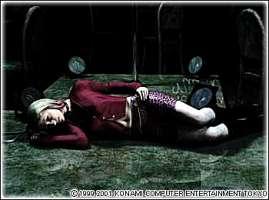 All Images (2) »
Following a low-key showing at this year’s Tokyo Game Show, Silent Hill 2 for Xbox has been thrust into the limelight by Konami.

Konami has renamed the Xbox version Silent Hill: The Last Poem in Japan and subtitled Restless Dreams in the US and Europe. The storyline will also be altered from the PlayStation 2 title and reportedly massively expanded.

Also included will be a whole new sub-section of the game in which players will take control of Marina, the female character in the game. This sub-level, called Born From a Wish, will apparently take about six hours to complete, and actions taken will affect the main game as it unfolds.